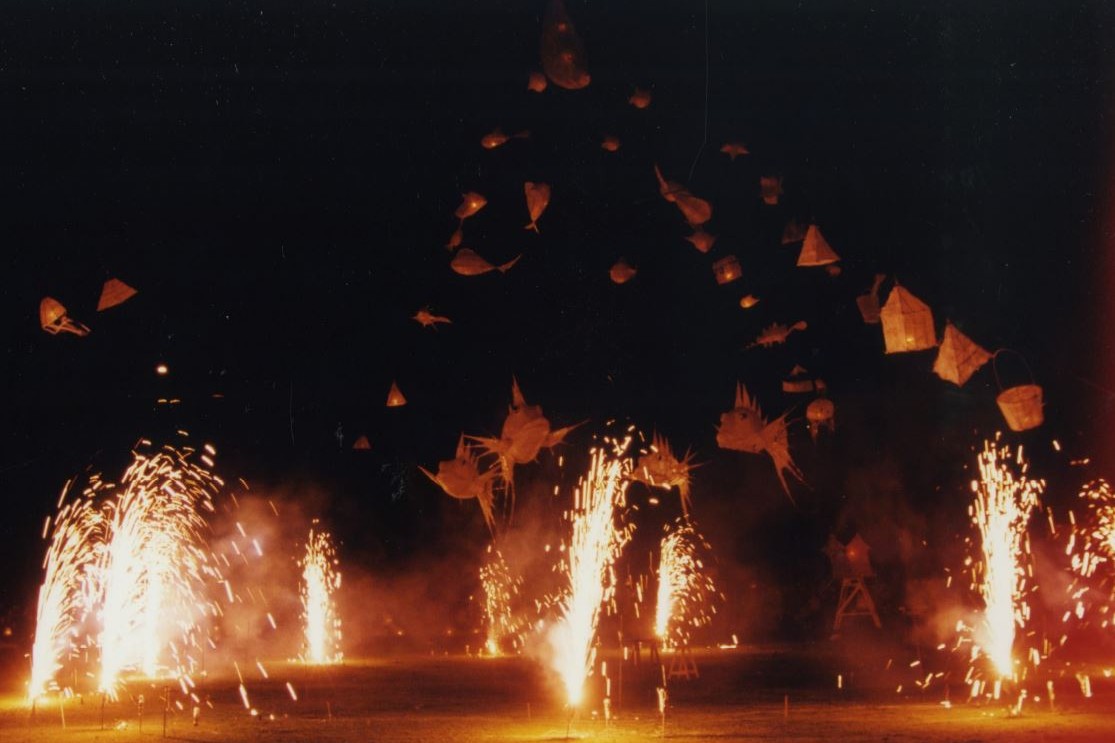 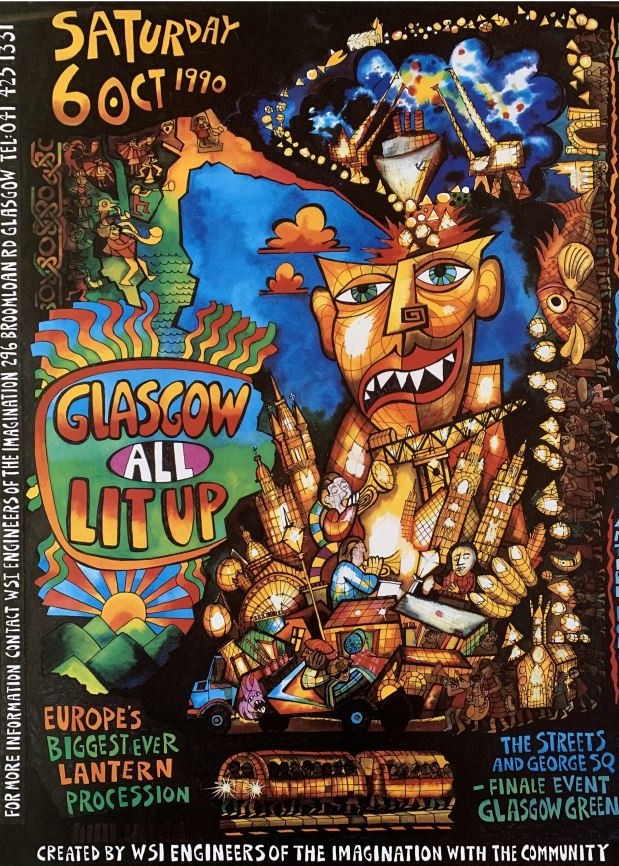 The University of Bristol Theatre Collection has been awarded £281,758 by the Wellcome Trust to conserve, catalogue and make available the archive of Welfare State International (WSI).

One characteristic of their early work was the use of fire and light. They established the Ulverston Lantern Festival in 1983, which is still going strong.  It was inspired by a traditional lantern procession seen by the company in Japan whilst they were performing in an international theatre festival.

The Ulverston procession is now an annual ceremony by and for the community.  The company also organised the 10,000 strong lantern parade “Glasgow All Lit Up” for the European City of Culture in 1990, bringing together the Strathclyde community, and making the biggest lantern procession in Europe.

There are now lantern processions all around the country, including Bristol’s own Bedminster lantern parade.

After 38 years of producing exceptional work, WSI closed in 2006; its artistic director stepped down, and they left the building, Lanternhouse, in Ulverston, where they had been based since 1999. The WSI archive provides an unparalleled record of pioneering participatory arts practice for health and wellbeing a generation ahead of its time.

This new project, appropriately called Firestarters, and led by the University of Bristol’s Theatre Collection, will make the archive available to provide evidence and inspiration for future research and practice and will respond to demand from a broad spectrum of social science, health and arts researchers and practitioners, to explore WSI's innovative methodologies.

Lucy Powell, Keeper - Theatre Archives, said: “We are very grateful to the many researchers and practitioners who contributed to the development of the project with their knowledge and insight.

“Welfare State International were internationally acclaimed for their work, which shifted the parameters of arts practice and policy in the UK and beyond and influenced the arts for wellbeing movement including emerging practices in social prescribing.”

The uniquely detailed archive spans four decades and contains artworks, films, photographs and objects as well as written records such as scripts and music recording the company’s work.

The scale of the collections means that the project will take over three years to complete.  A comprehensive archive catalogue will be published online, key material will be digitised for preservation and access, and conservation work will ensure the long-term survival of this important collection.

When complete the material will be readily accessible to students, researchers, creative practitioners and members of the public.