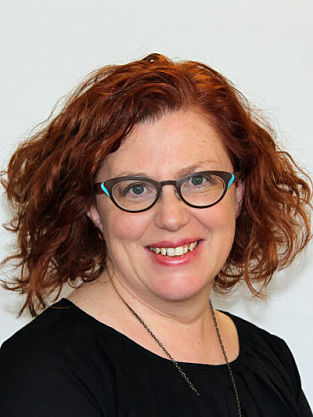 A research project focused uniquely on the missing voices and experiences of Syrian refugee fathers and the integration of their families has been recognised by the Times Higher Education (THE) Awards 2019.

The British Academy research, which is a shared project with Professor Tina Miller at Oxford Brookes University and Professor Esther Dermott in the School for Policy Studies, has been shortlisted for the Research Project of the Year accolade recognising Arts, Humanities & Social Sciences.

Large-scale forced migration to Europe resulting from the war in Syria hit its height in 2015-2016. At the time, debates typically portrayed male migrants as being a problem and were often depicted as being aggressive and potentially a risk to society.

However, such depictions ignore the fact that many of these men were also fathers with family responsibilities, including for their children’s wellbeing. While existing research has documented aspects of refugee integration, it has focused primarily on individual refugees or mothers who are often regarded as primary actors in family lives.

The research entails working with a Syrian research assistant (Ziad Ghandour) and international collaboration with colleagues in the UK (Professor Tina Miller at Oxford Brookes University and Professor Esther Dermott at the University of Bristol) and Sweden (Dr Therése Wissö at Gothenburg University) to examine how the experiences of fathers, policies and integration processes differ between the two countries.

Insight is being shared across various arenas including the United Nations High Commissioner for Refugees in Geneva, a European Sociological Association conference and an event involving the participants themselves.

The project has also provided a foundation for a proposal which has progressed to an advanced stage for a larger comparative research study focused on the UK, Sweden and Denmark. Based on the emerging findings, this new study will adopt new avenues of exploration, taking a more nuanced approach to ideas of integration and explore this through fathers in a later period following arrival (3-4 years) once familial integration is usually assumed to have been achieved.

Responding to being shortlisted Esther Dermott, Professor of Sociology in the School for Policy Studies at the University of Bristol, commented: "The research explores what constitutes good fatherhood in challenging and changing circumstances, and the role that social networks, community organisations and policies play in making family lives easier or more difficult to achieve."

"Refugee fathers in the UK are often relatively invisible and so it is fantastic that this recognition from the THE awards will give attention to project and the situation of these men, and can help counter the depiction of male migrants as a risk to society.”

Details of the THE Awards 2019, which will be held on 28 November 2019 at the Grosvenor House Hotel in London, can be found on its dedicated website.

Further information on the research can be found here.