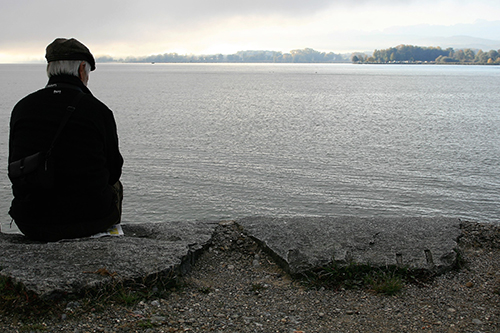 With increasing numbers of older men experiencing loneliness, a new report published today calls for a better understanding of how to tackle the growing public health challenge.

A two-year study, led by researchers in the School for Policy Studies in collaboration with Age UK, highlights the issues faced by older men, many of whom describe feeling socially excluded, overlooked, cut-off and feeling 'left out of things' - all of which have a range of negative impacts on day-to-day life.

To date, little research has been undertaken into older men’s experiences of loneliness and isolation. The Older Men at the Margins team interviewed 111 men, aged between 65 and 95 and living in the West and South West of England, to identify new ways in which social care and voluntary services could help alleviate the problem.

The report, published today, highlights the 'critical role' voluntary and independent services play in promoting social wellbeing and loneliness. However, those involved in leading and running these groups say funding cuts are placing a strain on resources and insufficient staff numbers.

Dr Paul Willis, from the School's Centre for Research in Health and Social Care, led the project. He said: "For a growing number of people, particularly those in later life, loneliness can define their lives and have a significant impact on their wellbeing.