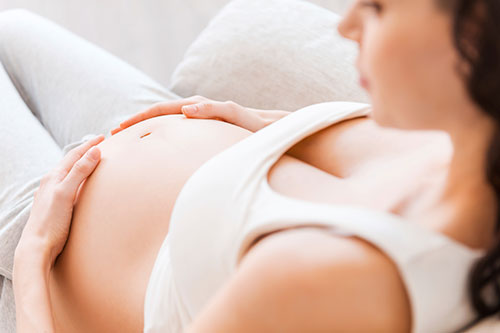 Researchers have provided new evidence that developing asthma can be linked to pregnant women and infants being exposed to paracetamol; by testing that the association was not simply due to the medical complaint for which the person is taking paracetamol. The findings were published in the International Journal of Epidemiology.

Co-author of the study, Dr Maria Magnus from the School of Social and Community Medicine, said: “Uncovering potential adverse effects is of public health importance, as paracetamol is the most commonly used painkiller among pregnant women and infants.”

Using data from the Norwegian Mother and Child Cohort Study, researchers in Norway and Bristol compared associations between several conditions during pregnancy (with and without the use of paracetamol) and asthma developing in the 114,500 children in the study. They examined asthma outcomes at ages three and seven and evaluated the likelihood of the association being as a result of the three most common triggers for paracetamol use in pregnancy: pain, fever, and influenza.

The study, the largest of its kind, also cemented previous studies as it found no strong evidence for an association between maternal paracetamol use outside pregnancy or paternal paracetamol use with asthma in offspring. This supported the conclusion that the results were not caused by underlying characteristics or health behaviours shared by the parents. However, the authors were keen to stress that findings from the study do not presently warrant any changes in the recommendations regarding the use of paracetamol among pregnant women.