Science in the headlines - where science meets controversy

A public lecture from Fiona Fox, Science Media Centre, on science in the headlines and why scientists should engage with the media.

In our post-truth age, there’s never been a more important time for science to be reliably reported in the media. But research can so easily be misrepresented in the scramble for readers’ attention, and scientists can – understandably – be nervous of seeing their work distorted in such a public forum.

Fiona Fox is Chief Executive of the Science Media Centre and knows a thing or two about how science stories can play out in the media. In this public lecture she explores science in the headlines, where science and controversy can so often collide, and demonstrates why scientists should be willing to engage with the media.

Fiona has a degree in journalism and many years of experience working in media relations for high profile national organisations. Over her career, she has worked for, amongst others, both the Equal Opportunities Committee and CAFOD (a leading aid agency), and was the founding director of the Science Media Centre. She is a regular commentator on science in the media, an outspoken champion for openness in science and was the only representative from the wider science community invited to give evidence at the Leveson Inquiry into press standards in the UK. She has received many accolades for her services to science, including an OBE, honorary fellowships of the Academy of Medial Science and British Pharmacology Society, and an honorary doctorate from the University of Bristol.

The Science Media Centre is an independent press office, helping ensure the public have access to the best scientific evidence and expertise through the news media when science hits the headlines. The centre’s mission is to provide journalists with the information they need for science stories, from press briefings to interviews with leading experts. Since their founding in 2002, they have become an indispensable resource for science journalists, with over 2000 of the UK’s top scientists on their media database.

Find out more and register for the event here. 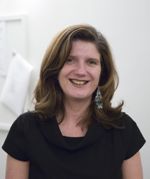