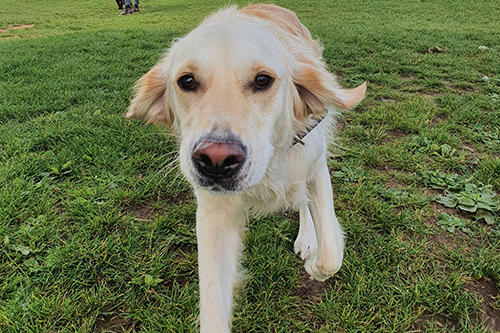 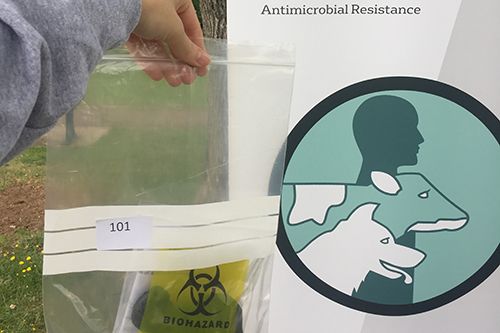 New research has revealed an association between the feeding of raw meat to pet dogs and the presence of bacteria resistant to critically important antibiotics.

Two studies led by a team at the University of Bristol have found dogs who are fed on a diet of raw meat were more likely to excrete antibiotic-resistant bacteria Escherichia coli (E. coli) in their faeces. Previous research has shown that there is the potential for bacteria to be shared between dogs and their human owners through everyday interaction, leading the researchers to suggest that raw feeding is not the safest dietary choice, and that, if chosen, owners should take extra precautions when handling raw meat and be especially careful to clean up after their dog.

The study published today [July 21] in the Journal of Antimicrobial Chemotherapy investigated adult dogs and found links between dogs eating raw meat and excreting resistant E. coli. The research supports a recent study by the team, published in the journal One Health, which looked at 16-week-old puppies. Both studies, which used data from different dogs, demonstrate that dogs may excrete resistant bacteria regardless of their age or the length of time they are fed a raw meat diet.

The environment a dog lives in also played a part in the potential for them excreting resistant bacteria. Raw feeding was a strong risk factor for dogs living in the countryside, while in city-dwelling dogs, risk factors were much more complicated, probably reflecting the variety of lifestyles and exposures among city dogs.

The two studies recruited a total of 823 dogs and their owners (223 puppies for the first study and 600 adult dogs in the second study). Owners completed questionnaires about their dogs, the dogs’ diets and environment, and provided faecal samples from their dogs.

The samples were then analysed for the presence of antibiotic-resistant E. coli and risk factor analyses conducted to explore the associations between lifestyle factors, environments reported in the owner survey and the detection of resistant E. coli.

Matthew Avison, Professor of Molecular Bacteriology from the School of Cellular and Molecular Medicine, who led the microbiology aspects of these studies, said: "Antibiotic-resistant bacteria are everywhere, but some antibiotics are considered critically important for use in humans. We have shown that dogs fed raw meat are more likely to carry bacteria resistant to these important medicines. This doesn’t mean that the animal, or the owner, will become sick.

"E. coli is a widespread bacterium that is found in the intestines of all humans and animals, however it is a common cause of many diseases including urinary tract infection and can cause serious illness including sepsis if it spreads to other parts of the body.

"We should do everything we can to reduce the circulation of critically important antibiotic-resistant E. coli and other bacteria. Our research adds to the increasing evidence that not feeding raw meat to dogs may help in that objective."

"We know humans and animals share bacteria with one another, so what we find in your pet may well also be in you. Pet owners should be encouraged to practice good hygiene and not feeding raw food to your dog can be part of this," added Kristen Reyher, Professor of Veterinary Epidemiology and Population Health at the Bristol Veterinary School and co-author on both papers. "We can all do our part to decrease antibiotic resistance and its terrible effects on both human and animal health."

'Evidence that faecal carriage of resistant Escherichia coli by 16-week-old dogs in the United Kingdom is associated with raw feeding' by Oliver Mounsey, Kezia Wareham, Matthew B. Avison, Kristen K. Reyher et al. in One Health

About antibiotic resistance (ABR)
Antibiotic resistance (ABR) occurs when bacteria stop responding to antibiotic medicines. These resistant bacteria can then spread between people and, less commonly, between animals and people. ABR reduces the efficacy of antibiotic treatments and increases the risk of a bacterial infection getting out of control. According to the World Health Organisation, ABR is “one of the top 10 global public health threats facing humanity”. ABR is a complex problem that requires a ‘One Health’ approach bringing together multiple sectors such as human and animal health, environmental studies, social science and agriculture to design and implement innovative strategies.

About Bristol Antimicrobial Resistance (AMR)
Bristol AMR is a cross-faculty Research Strand funded by the Elizabeth Blackwell Institute for Health Research, through the University's Wellcome Trust Institutional Strategic Support Fund (ISSF). AMR research at the University of Bristol focuses on interdisciplinary approaches to tackling AMR with research conducted across all of our 6 faculties.