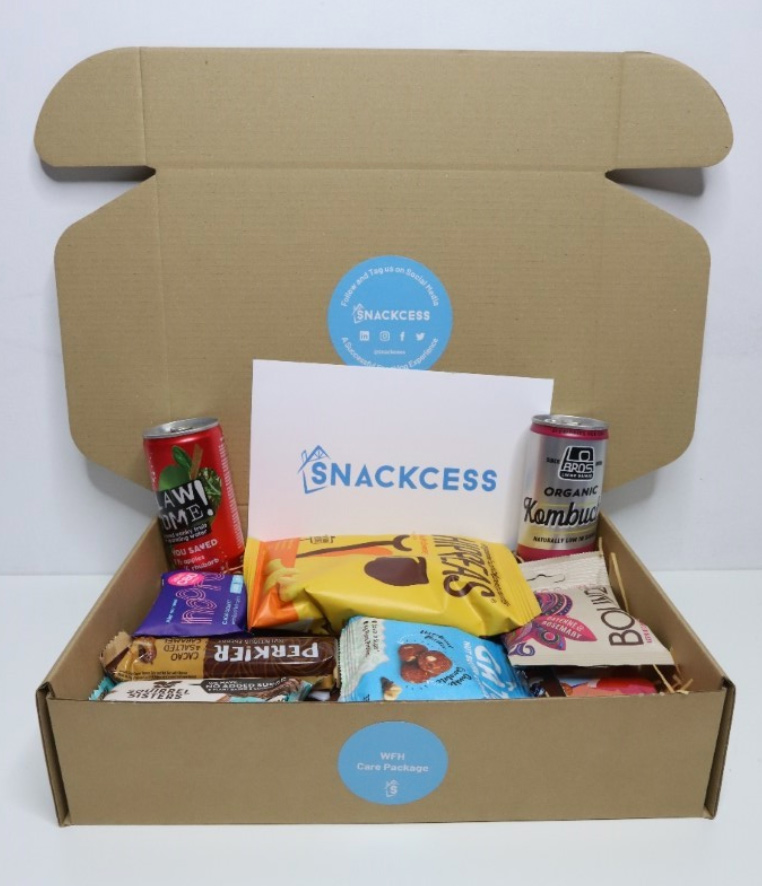 As many continue to work from home out of choice or necessity, an Innovation with History graduate and his two co-founders are on a mission to make it the healthiest environment possible with their new start-up, Snackcess.

Leaving university can be a challenging time for many. It can be even harder to do during a global pandemic. Sonny Drinkwater, a new graduate of the University of Bristol’s Centre for Innovation and Entrepreneurship, has not however been phased.  After finishing his studies during lockdown, he set himself the goal of helping those working from home in the best way he knew how - healthy living.

“Our goal with Snackcess and for our future endeavours is to demonstrate that being healthy is not as hard as many people choose to make it. It’s by no means easy … but with a little bit of awareness that health involves our sleep, our food, our movement, and our wider relationships and community, everyone can give themselves the best chance to live a healthy, active, and fulfilling life.”

After the BBC produced an article on the rise of unhealthy snacking, Sonny reached out to his long-term friend from school Joshua, who has always had a very similar interest in the space. Having both gained experience in building and working in a startup during university, they decided to create a new brand - Snackcess - tackling unhealthy snacking at home. With the help of a third founder Kieran Fitzgerald - Josh’s friend from the University of Birmingham - the trio have built an at-home snack delivery service that is offering both a one-off or long term subscription service for companies. With healthy eating proven to boost productivity, engagement and motivation when it comes to work, the three have managed to gain significant interest from several companies looking to say thank you to their workers for the last few months.

“My time at Bristol was possibly one of the best educational decisions I’ve ever made. The degree itself was fulfilling and enjoyable, but the support and encouragement for entrepreneurial endeavours was absolutely incredible.  Being at Bristol has helped me grow in so many ways and I could never have imagined the support for entrepreneurial talent that’s been shown here.”

Sonny first became interested in health and nutrition in his teens when he first began to go to the gym. Having always been a foodie, it was important for him to learn as much as he could about how to eat right, feel good, and enjoy his food. With Josh and Kieran, the three founders claim to be sourcing some of the healthiest and best tasting snacks from all over Europe to put in their boxes. Catering for all diets and delivering to anywhere in the UK, they want to help many companies engage their at-home workers in a much healthier and more rewarding way.

“In my second year, I co-founded a startup with a close friend of mine and fellow innovation student where we tried to take everything positive about social media and put it all into one place. We held focus groups, built prototypes, and gained over 100 users in the first few weeks of launch. University comes with its struggles for most people, and it did for myself in third year but my co-founder from the second year and I have now both gone on to launch our separate startups, both of which are teaching us an incredible amount.”

“I can’t underplay enough how much opportunity there is at Bristol to get involved in the startup world in any fashion. In my final year, I was fortunate enough to do two internships at Helpfulpeeps and Scribeless, which was founded by fellow Bristol graduates, alongside my masters - two really exciting Bristol-based startups.”