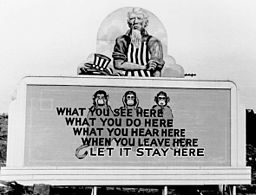 SPIN is a collaborative initiative between researchers based at the University of Bath, University of Bristol, Cardiff University, and the University of Exeter with members of the network across the UK, the Netherlands, France, Mexico, the US and Canada. SPIN research focuses on the power and politics of secrecy and ignorance – at the global, international, state, societal and personal level.

I am a Lecturer in the School of Sociology, Politics and International Studies (SPAIS) at the University of Bristol and a Resident at the Pervasive Media Studio at the Bristol Watershed. My current research focus is a study of secrecy: in relation to the second decade of the US Global War on Terror and the emerging US security doctrine of ‘shadow wars’ and 'manhunting', but particularly in the interconnections between personal and everyday secret keeping that takes gender and race as central to secrecy, and that is key to understanding power on national and transnational scales. My published work has appeared in a range of edited volumes and peer-reviewed academic journals including New Political Science, International Political Sociology, Review of International Studies, and the Journal of War and Culture Studies.

My research interests centre around international relations and security theory and US foreign policy during and after the Cold War. I am also interested in interpretive and especially discourse analytic methods, including exploring the diverse relations between popular culture and everyday practices. I am the author of Constructing National Interests (Minnesota, 1998), over 40 scholarly articles and edited volumes, and co-editor of the Routledge book series "New International Relations" and the "Popular Culture and World Politics" book series.

My work on secrecy has two strands. First, on the democratic control of intelligence agencies, with a particular focus on Serbia and the Western Balkans region. Second, on transnational maritime crime, including issues of piracy, illegal fishing and trafficking. More generally, I am interested in methodological questions of how to study ‘the invisible’, whether in relation to the action of states through their security forces, or non-state actors through transnational organised crime.

My research currently focusses on the analysis of the emergence, implementation and aftermath of mass violence, particularly genocide. Within this broad remit I am, on the one hand, interested in developing an understanding of the everyday dynamics of infra-humanisation and dehumanisation in (pre-)genocidal contexts. On the other hand, my research focusses on the nature and role of trust and truth-telling in processes of reconciliation and societal reconstruction following episodes of mass violence with particular focus on the ways in which the ‘re-humanisation’ of victims is pursued, both personally and institutionally. My research has been published in edited volumes and peer-reviewed journals including the European Journal of International Relations, the Review of International Studies and Millennium.

I recently completed my PhD at the University of Edinburgh on secrecy and absence in covert counter-terrorism and I am now an ESRC Postdoctiral Research Fellow researching the interconnection between state formation, sound, secrecy and security. My research on the rumours and debris of U.S. drone strikes and the relationship between state secrecy and public assent has been published in Political Geography and Critical Studies on Security, and being developed into a book. Current research interests include the ethics of witnessing political violence and the role of Orientalism in state intelligence analysis.