Rich Pancost, Professor of Biogeochemistry in the School of Chemistry and Director of the University of Bristol's Cabot Institute, is one of three recipients of the Royal Society Chemistry (RSC) 2014 Interdisciplinary Prize. 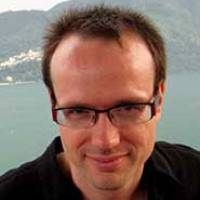 Rich Pancost, Professor of Biogeochemistry in the School of Chemistry and Director of the University of Bristol's Cabot Institute, is one of three recipients of the Royal Society Chemistry (RSC) 2014 Interdisciplinary Prize.

The prestigious RSC Interdisciplinary Prizes are awarded for work at the interface between chemistry and other disciplines. Professor Pancost received the award for ‘the use of analytical chemistry in the identification and stable isotope characterisation of lipid biomarkers to questions related to global environmental change’.

Since arriving at the University of Bristol in 2000, Professor Pancost has investigated biogeochemical processes in a wide variety of ancient and modern environments. This research is inherently interdisciplinary, and involves working with those employing alternative geochemical approaches, microbiologists and earth system modellers. This work has led to the development of new biomarker proxies for past marine biotic change, including during mass extinctions; the evaluation of Earth system sensitivity using new pCO2 and temperature records; and an examination of how methane cycling responds to changes in monsoon systems or rapid global warming. Although these are fundamentally geological problems, they illustrate the profound importance of analytical chemistry as a probe into the co-evolution of life and the environment of our planet.

In 2013, Professor Pancost became Director of the University of Bristol’s  Cabot Institute, which carries out fundamental and responsive research on risks and uncertainties in a changing environment. The Institute drives new research in the interconnected areas of climate change, natural hazards, water and food security, low carbon energy, and future cities. Researchers at the Cabot Institute fuse rigorous statistical and numerical modelling with a deep understanding of social, environmental and engineered systems – past, present and future – and seek to engage wider society by listening to, exploring with, and challenging stakeholders to develop a shared response to 21st-century challenges.

Professor Nick Norman, Head of the School of Chemistry, said: ‘I am delighted that Rich Pancost’s groundbreaking research has been recognised by the award of the RSC’s Interdisciplinary Prize. Not only is Rich one of our research stars, he is also an inspirational teacher and I’m sure that both staff and students will join me in congratulating Rich on the award of this prize.’

The award comes with a lectureship, which will see Professor Pancost deliver a lecture at up to four UK universities between September 2014 and May 2015. The prize itself consists of £5,000 and a medal, which will be presented at the RSC Prizes Presentation evening in November.