In mongoose society, immigrants are a bonus—when given time to settle in 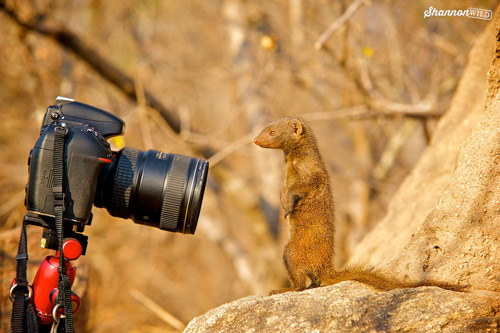 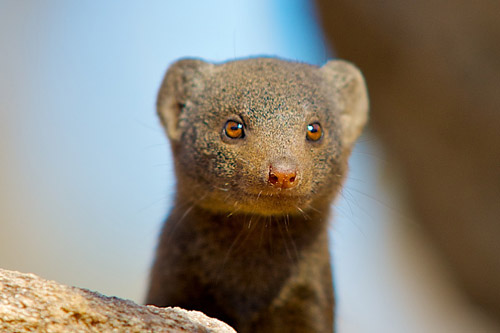 The study published today in the journal Current Biology shows that, initially, recent immigrants rarely serve as lookout, which means they provide little information in this context to help the rest of the group. Even when they do act cooperatively, their new groupmates tend to ignore what they have to offer. But, within five months, the new arrivals become fully integrated and valued members within mongoose society.

Professor Andy Radford from the School of Biological Sciences, said: "A few months after arriving in a new group, former immigrants are contributing as often as residents and their information is used just as much, but to reach that stage requires a transition period."

Lead author Dr Julie Kern added: "That’s probably because the dispersal process is tough on individuals. Recent immigrants are typically exhausted and run down, as evidenced by a loss of weight. Even if they tried, they couldn’t contribute fully at first because other members don’t yet know them."

The study is one of the first to explore the impact of dispersal events on social-information provision and use within groups. It also shows that the expected benefits associated with an increase in group size may not be as straightforward as scientists have often assumed.

Dwarf mongooses within a group depend on each other. For instance, individuals will stand guard, serving as sentinels that keep a watch for predators and call to warn the rest of the group when one is near. Sentinels also issue calls to announce that they’re watching. By providing this social information, sentinels allow other group members to concentrate more on foraging. What the researchers wanted to know is how new group members contributed to these tasks and whether the information they provided was used by others.

Dr Kern watched nine groups of wild dwarf mongooses living on Sorabi Rock Lodge, Limpopo Province, South Africa, for years, beginning in 2011. The groups, ranging in size from seven to 12 individuals, have been habituated to the close presence of people. They are even trained to climb onto a scale to weigh themselves. Researchers can also identify the individuals based on small blonde dye marks or distinctive physical markings.

Of the 165 individually marked dwarf mongooses in the population, 35 dispersed into or out of the groups under observation. The researchers recorded dispersal events in all nine of the groups, with a total of 22 emigrations and 28 immigrations witnessed.

Dr Kern and Professor Radford found from the data that new immigrants rarely served as sentinels within the first month of arrival. But, by the time they’d been in their new group for five months, they acted in that role just as often as longer-term residents did. The researchers suggest that this shift in behavior might be a result of the challenges associated with dispersal.

Using a series of experiments in which they played back previously recorded mongoose calls, the researchers showed that foragers responded significantly less to the surveillance calls of recent immigrants compared to those from resident group members. When they heard the call of a new immigrant, they continued to spend more time looking around for predators themselves. But, those differences in response to new members also disappeared after a few months.

The findings show that an integration period is necessary after dispersers have joined a new group before the benefits of an increased group size can be fully realized. The dispersers need a period in which to recover before being able to contribute fully to cooperative sentinel duty, and residents need time to learn about new group members before relying on their social information.

Professor Radford added: "Given a chance, immigrants can become valued members of mongoose society. The increased group size that results is beneficial to all."

Dr Kern says they will continue to study the mongooses' sentinel behavior in the wider context of cooperation within the species. She said: "We’d like to know whether the behavior is traded for other beneficial acts."

This research was supported by a University of Bristol Science Faculty Studentship and a European Research Council Consolidator Grant.

‘Reduced social information provision by immigrants and use by residents following dispersal’ by J.M. Kern and A.N. Radford in Current Biology