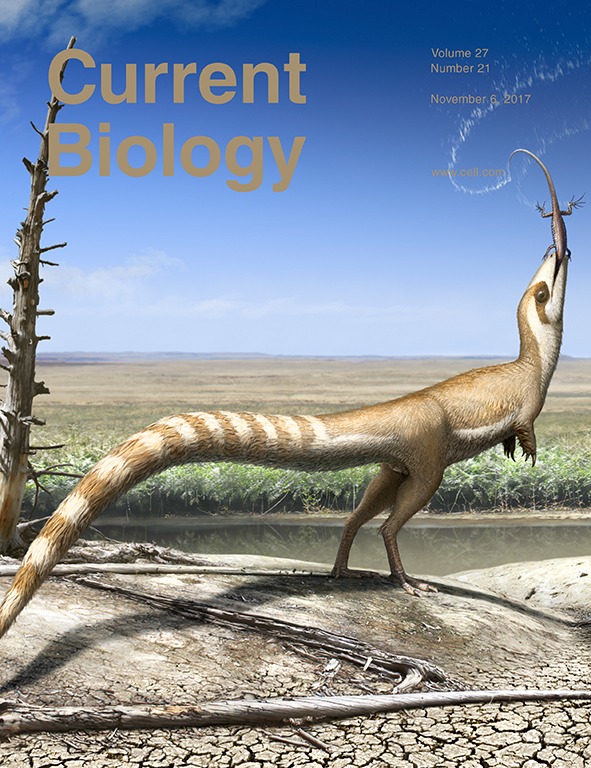 Countershading is common across a variety of lineages and ecological time. A dark dorsum and lighter ventrum helps to mask the three-dimensional shape of the body by reducing self-shadowing and decreasing conspicuousness, thus helping to avoid detection by predators and prey. The optimal countershading pattern is dictated by the lighting environment, which is in turn dependent upon habitat. With the discovery of fossil melanin, it is possible to infer original color patterns from fossils, including countershading. Applying these principles, we describe the pattern of countershading in the diminutive theropod dinosaur Sinosauropteryx from the Early Cretaceous Jehol Biota of Liaoning, China. From reconstructions based on exceptional fossils, the color pattern is compared to predicted optimal countershading transitions based on 3D reconstructions of the animal’s abdomen, imaged in different lighting environments. Reconstructed patterns match well with those predicted for animals living in open habitats. Jehol is presumed to have been a predominantly closed forested environment, but our results indicate a more heterogeneous range of habitats. Sinosauropteryx is also shown to exhibit a ‘‘bandit mask,’’ a common pattern in many living vertebrates, particularly birds, that serves multiple functions including camouflage. Sinosauropteryx therefore shows multiple color pattern features likely related to the habitat in which it lived. Our results show how reconstructing the color of extinct animals can inform on their ecologies beyond what may be obvious from skeletal remains alone.