This talk presents the practice of turning shipping containers into rental units for migrants seeking cheap housing alternatives to continue to live on Shanghai’s urban fringe. It reveals the nature and constraints of container housing that emerge out of the interplay between China’s socialist land tenure system, real estate marketisation, top-down population control and urban governance.

I argue that despite the neglected appearance of container housing, the existence and operation of container housing entail the acquiescence and surveillance of local state agents as well as entrepreneurs’ tactics of conformation, which results in formal informality and sustains structural inequality in state-led development.

Container housing also contributes to the deterritorialisation of homemaking among migrant workers, who are channelled by hukou-related policies to invest and retire in their registered home places and feel removed from their urban dwelling in both time and space. The decreased significance of urban residence to migrant workers’ everyday life, as exemplified by container housing, facilitates bulldozer urbanism and perpetuates urban exclusion. 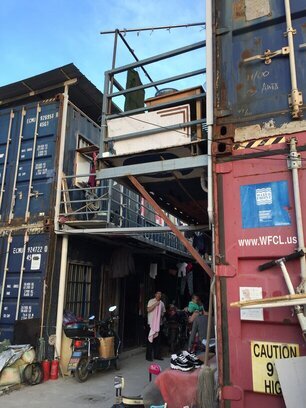