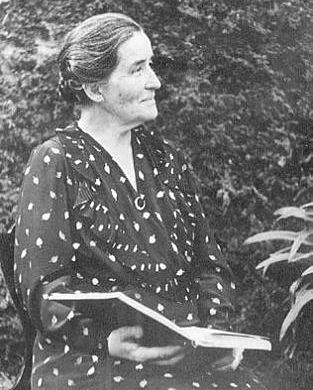 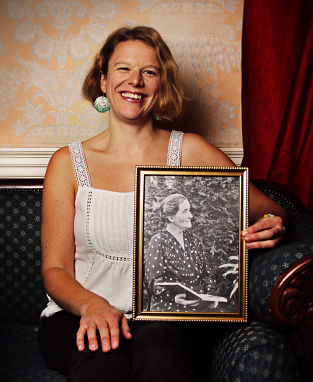 Now, thanks to a project specially-commissioned to mark 100 years since the first women in Britain won the right to vote, a series of ten portraits redresses the balance and celebrates notable Bristol women who have changed the institution – and, indeed, the world. They were unveiled at an interactive panel discussion event yesterday evening (22 November), entitled 'Women and equality: the next 100 years', which looks to the future of gender equality by asking what key challenges still need to be overcome and how.

The portraits will be the first of many initiatives to honour women at the University, with new permanent artworks to be commissioned every year until 2028: the 100-year anniversary of full suffrage in Britain, when all women over 21 were given the right to vote, not just those over the age of 30 who owned property.

Among the women featured are activists, educators and research pioneers - including Norah Fry (1871-1960), a champion for people with learning disabilities, whose donation led to the creation of the Norah Fry Research Centre in the School for Policy Studies.

Norah, a member of the Fry family famed for its chocolate and cocoa, was born and educated in Bristol. Her family’s wealth meant she never needed paid employment, but throughout her life she committed herself to work on behalf of those less fortunate than herself. After completing her studies at Cambridge University and an apprenticeship with the Charity Organisation Society – a home-visiting service that formed the basis for modern social work – Norah focused her attention on improving the lives of people with learning disabilities. She also had a very close relationship with the University, being a member of Council for over 50 years. When she died in 1960.

Photographed holding images of these inspirational and influential women are pioneering members of today’s University community. Beth Richards, a researcher in the School for Policy Studies was chosen to represent Norah Fry.

She noted, “The Norah Fry Research Centre was created in 1988 and has pursued a programme of research which has helped us to see people with learning disabilities in a new light and challenge our preconceptions about their identity."

"I was really pleased to be asked to be involved in the Vote 100 campaign. People with learning disabilities, like myself, now work as co-researchers in some studies – something which would have been unimaginable 100 years ago. The centre makes a positive difference in the lives of disabled children, young people and adults. We hope Norah would have approved of what we have achieved since she handed down the challenge.”

The portraits will be a lasting legacy of the University’s Vote 100 campaign, which has been run as part of local celebrations led by Bristol Women's Voice throughout 2018 to explore Bristol’s history as a city of change-makers and consider how it can continue to fight for equality in the future.