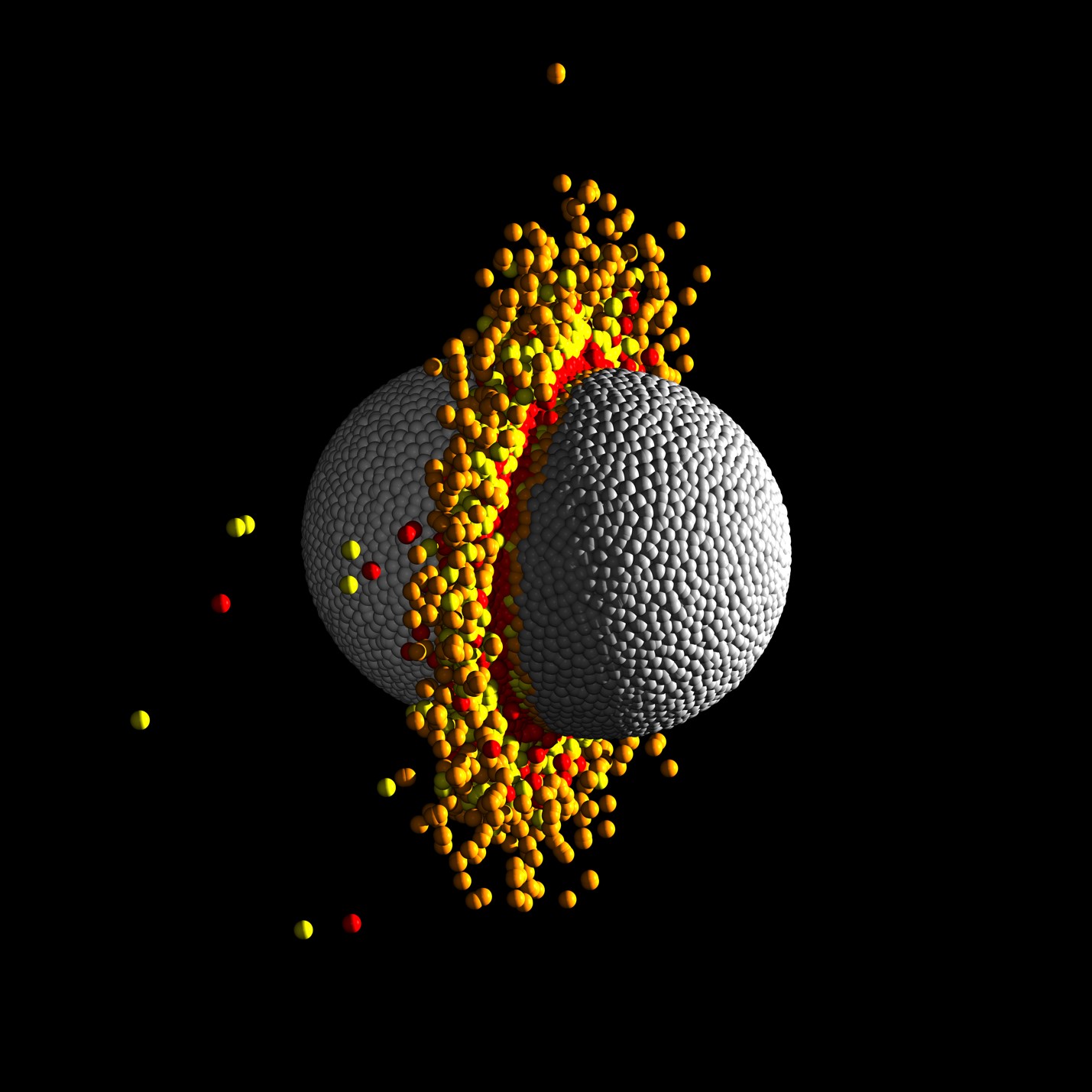 One frame from the middle of a hydrodynamical simulation of a high-speed head-on collision between two 10 Earth-mass planets. The temperature range of the material is represented by four colours grey, orange, yellow and red, where grey is the coolest and red is the hottest. Such collisions eject a large amount of the silicate mantle material leaving a high-iron content, high-density remnant planet similar to the observed characteristics of Kepler-107c. Zoe Leinhardt and Thomas Denman, University of Bristol

This video shows a hydrodynamical simulation of a high-speed head-on collision between two 10 Earth-mass planets. The temperature range of the material is represented by four colours grey, orange, yellow and red, where grey is the coolest and red is the hottest. Such collisions eject a large amount of the silicate mantle material leaving a high-iron content, high-density remnant planet similar to the observed characteristics of Kepler-107c. (Credit: Zoe Leinhardt and Thomas Denman, University of Bristol).

The authors would like to thank the Science and Technology Facilities Council (STFC) for its support for co-author Thomas Denman who is Dr Leinhardt’s graduate student at the University of Bristol.