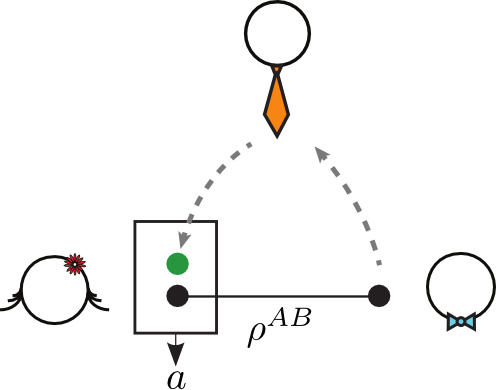 Dr. Paul Skrzypczyk of the Quantum Information and Foundations group at University of Bristol, together with collaborators from ICFO – The Institute for Photonic Sciences, Barcelona, have shed new light on quantum teleportation.

The work was chosen as an Editor's suggestion in Physical Review Letters.

Quantum teleportation is a fascinating nonlocal quantum effect, whereby the state of a quantum particle is transmitted from one place to another, using quantum entanglement and classical communication. It is one of the fundamental building blocks of quantum information theory, the theory which looks at how information can be processed and transmitted at the quantum level.

Certain types of noisy quantum entanglement are usually thought of as being useless for teleportation. According to the standard figure of merit used to quantify the quality of teleportation, they are no better at teleporting than no entanglement at all.

Dr. Skrzypczyk and his collaborators took a closer look at teleportation using noisy entanglement, and found that in fact something interesting is always going on – that every entangled quantum state, no matter how noisy, can perform nonclassical teleportation – transmission of quantum states which cannot be explained without entanglement.

The techniques they developed in order to obtain these results provide new tools for witnessing and quantifying teleportation, and make evident connections to other nonlocal quantum effects.