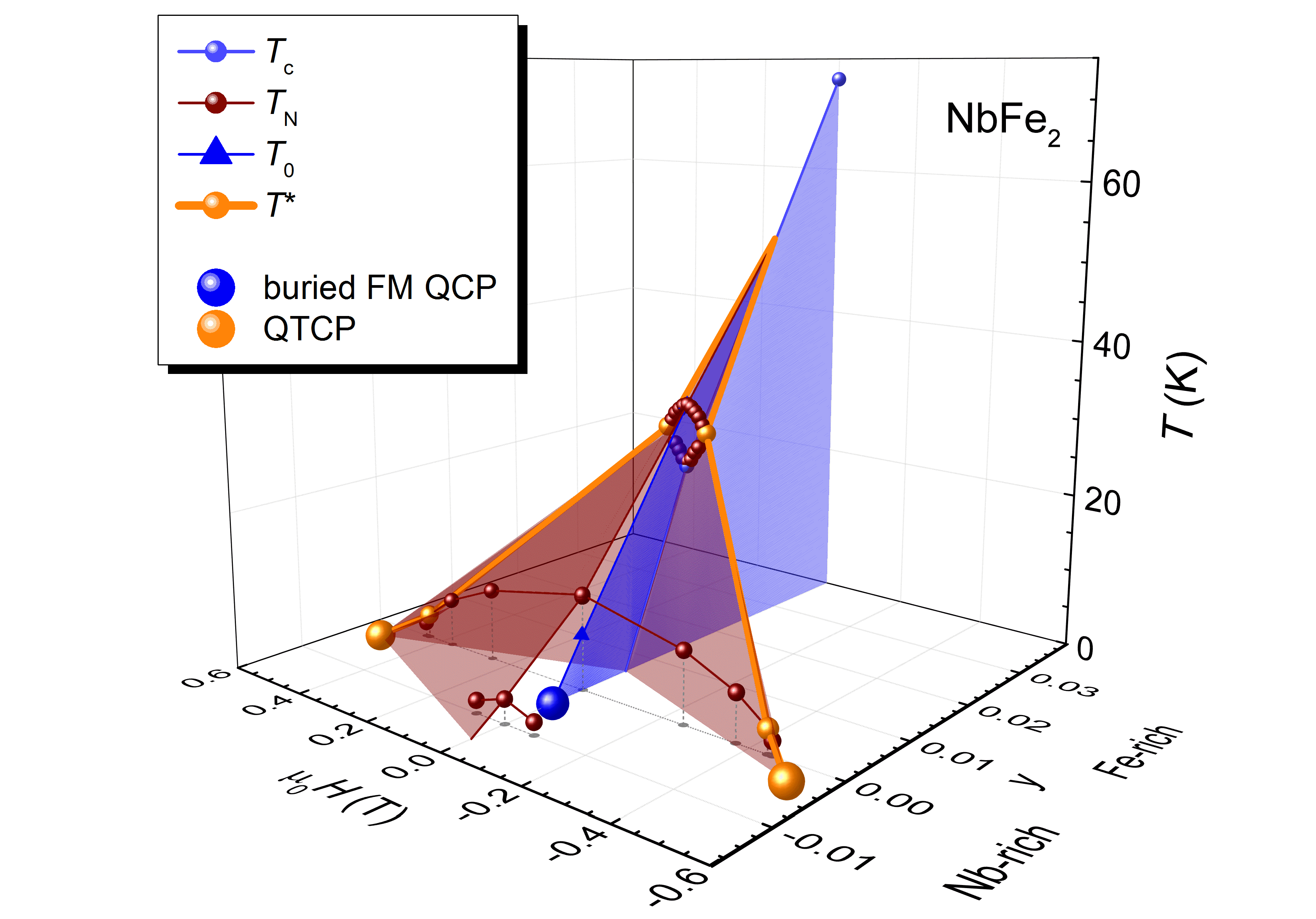 Dr Sven Friedemann of the Correlated Electron Group at the University of Bristol, together with collaborators, has found a new phase transition in a ferromagnet at zero temperatures.

The work is published as an Article in Nature Physics this week.

Sven Friedemann and his collaborators used detailed magnetic measurements combined with very clear-cut modelling to study what happens when the second-order transition of a ferromagnet is suppressed to zero temperature. This is of great general interest as a second order transition at zero temperature forms a so-called quantum critical point with strong quantum fluctuations and emergent behaviour. For instance, in many antiferromagnets superconductivity is found to emerge around a quantum critical point.

Because of the general nature of the model used, the results are expected to apply to a whole class of ferromagnets.