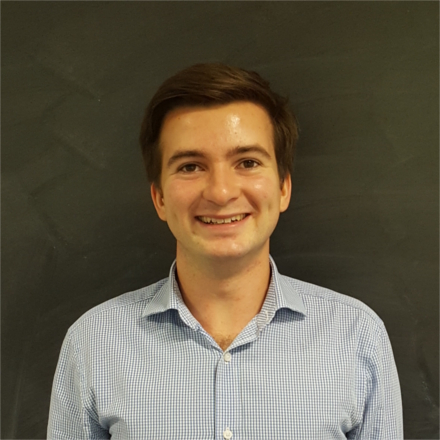 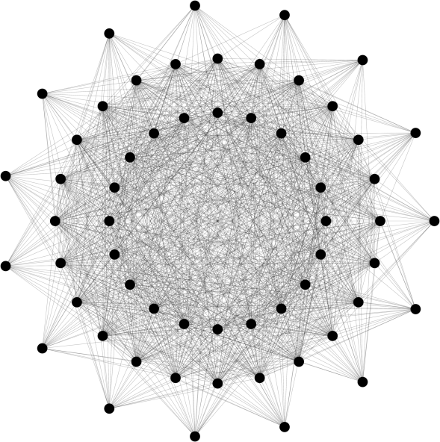 The image shows the nontrivial elements of the smallest simple group Alt(5), with edges representing the generating pairs. Every vertex in this graph is contained in an edge: this is the property of 3/2-generation.

Heilbronn Fellow Scott Harper has been awarded a 'Faculty of Science Commendation' by the University Research Degrees Examination Board for his thesis, entitled 'On the Spread of Classical Groups'.

Heilbronn Fellow Scott Harper has won the 'Faculty of Science Commendation' by the University Research Degrees Examination Board for his thesis which was in the area of group theory, and in particular the topic of group generation. Using a blend of algebraic, probabilistic and geometric techniques, it made substantial progress towards proving a conjecture that completely characterises the finite groups with a property known as 3/2-generation. This has attracted recent interest since it is one of the startling properties possessed by the finite simple groups, which, as the building blocks of symmetry, play a fundamental role across mathematics.

A warm congratulations to Scott for this achievement.