Special issue on how oceans are changing 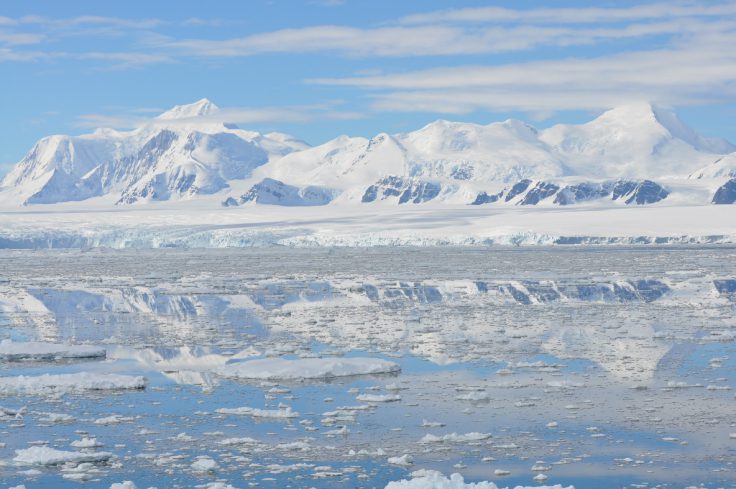 The seas adjacent to the West Antarctic Peninsula (WAP) are biologically highly productive, but are strongly climatically sensitive, having experienced some of the fastest warming globally in recent decades. Dr Kate Hendry (University of Bristol, Cabot Institute) is lead editor of a special issue which addresses some of the most important and pressing questions surrounding marine system variability in this region.

The seas adjacent to the West Antarctic Peninsula (WAP) are biologically highly productive, but are strongly climatically sensitive, having experienced some of the fastest warming globally in recent decades. Research into the dynamics of physical, biological, chemical and geological feedbacks is key to understanding the impact of such complex warming on WAP productivity. Work in such a remote and inhospitable location is logistically challenging, but is being advanced rapidly using innovative analyses and approaches, novel sampling methods, and international collaboration.

This themed issue of journal Philosophical Transactions of the Royal Society A published this week (14 May 2018) brings together contributions from international marine scientists who study WAP ocean dynamics, biology, chemical oceanography and biogeochemistry. As well as presenting new, cutting-edge research papers, this issue contains review papers, and a “horizon scanning” introduction that will address the questions: what are the key outstanding research questions and knowledge gaps in our field? How can we develop the new collaborations that are needed, and how do we optimally steer the improvements in monitoring and sharing of resources and data?

There is currently a keen interest in improving our ability to study the impact of environmental change on Antarctica, and its feedbacks to the Earth System. The issue progresses this important area of science by developing new ideas and strategies for the future of marine research in a region of rapid change.

Marine productivity along the WAP is focused into enigmatic biological “hotspots”, but the mechanisms behind this patchy production are poorly understood. The previous explanations of these “hotspots” are based on the idea that the productivity is controlled by ‘bottom-up’ processes, to do with the supply of nutrients from deep waters to the surface through submarine canyons. However, two papers in this collection challenge this paradigm with important insight into the sensitivity of the ecosystems to regional warming:

1) Josh Kohut (Rutgers University) and co-authors use High Frequency Radar to show that algae grow elsewhere and are concentrated in this hotspot by physical movement of water rather than by growing in situ. In other words that the canyons act as “conveyor belts” rather than “incubators”.

Larger animals (fish, penguins, whales, seals) and seafloor-dwelling animals (corals, sponges, echinoderms, molluscs) reply on the primary production – mostly in these “hotspots”. Seafloor-dwelling animals are also important sinks of atmospheric carbon dioxide as they represent a considerable standing stock of organic matter. Icebergs scour these seafloor habitats, resulting in massive recycling of nutrients and carbon; the seafloor habitat rapidly recovers, generating further carbon storage, what’s known as “blue carbon”. Dave Barnes (British Antarctic Survey) and co-authors calculate the impact of WAP blue carbon sequestration as a result of iceberg formation after ice shelf disintegration. In addition to many widely known negative impacts of ice shelf collapse, they find that there is a net potential for recovering seafloor habitats to lock up approximately one million tonnes of carbon each year.

Read the 14 papers published in Philosophical Transactions of the Royal Society A here:

The marine system of the West Antarctic Peninsula: status and strategy for progress in a region of rapid change compiled and edited by Katharine R. Hendry, Michael P. Meredith and Hugh W. Ducklow