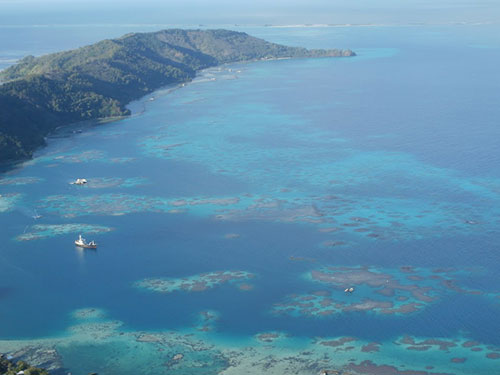 Eavesdropping on coral reefs reveals patterns in soundscapes that are linked to the reef’s physical and biological characteristics, according to new research from the University of Bristol.

They made recordings of ambient noises at 42 reef sites at three different times of day, and compared these to habitat and fish community surveys taken at the same time.

They found that physical characteristics were related to overall sound pressure levels.  Reefs were louder when coral cover (including both live and dead coral) was higher, sea state was higher, depth was greater and the bottom was covered by more Porites coral, branched coral and massive coral.

“These results highlight how passive acoustic monitoring could give clues about how habitats under the water might be changing over time,”  Sophie Nedelec said.