In 2015 the Cabot Institute celebrated its 5th birthday and we had a very special guest speaker at our Annual Lecture 2015 - George Marshall.

Here and now - not there and then!

Climate change is now well underway and accelerating- October was the 367th consecutive month with global temperatures above the 20th century average. We've been talking about it for a generation so why do most people still not recognise the scale of the threat?  As we come up to the latest climate conference in Paris, following twenty-five years of negotiations, why is political action still so lamentably slow and ineffective?

George Marshall argues that climate change is an exceptionally hard issue for us to accept. It fits poorly with our innate risk detectors and is open to manipulation, bias and distancing. Worse still, we work together to construct a collective silence around it. Yet, by understanding our psychological limitations, and building on shared humanity and our exceptional capacity for cooperation, we can take action and construct a narrative of common purpose.

As well as being a University of Bristol alumnus, George is the co-founder of the Oxford based educational charity Climate Outreach, and is one of the leading European experts in climate change communications, working with governments, academic, and campaign organisations around the world. George specialises in finding new narratives for “non-green” audiences such as sceptical conservatives and people of faith, seeking solutions to the complex cultural and psychological obstacles that make it hard for us to accept and engage with this issue. In his acclaimed book Don't Even Think About It: Why Our Brains Are Wired to Ignore Climate Change he argues that the reasons that we ignore climate change go deep to the heart of our shared humanity and may be even more interesting that climate change itself!

More information about George's book can be found in the George Marshall book announcement (PDF, 531kB)

The most important book published on climate change in the past few years ~ George Monbiot, The Guardian

George Marshall is one of the most interesting, challenging and original thinkers on the psychology of our collective climate denial. ~ Naomi Klein, author of This Changes Everything

Click the image below to view the image gallery from this event. 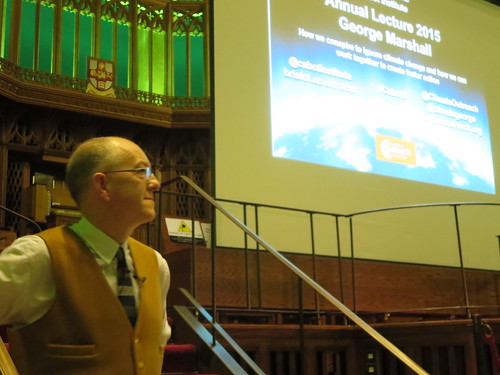 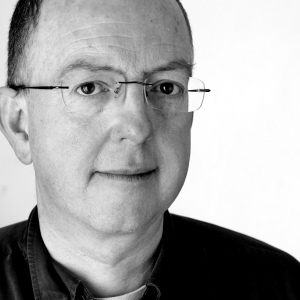