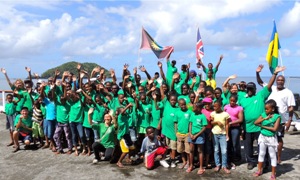 In 2012 Richmond Vale Academy, a vocational learning centre in St Vincent and the Grenadines, launched its Climate Compliance Conference 2012-2021, aimed at turning St. Vincent into a climate compliant country, one of the first of its kind globally.

St. Vincent and the Grenadines is a small Caribbean island nation that imports most of its food and energy. The general population has little knowledge and ability about how to adapt to the changing climate. 85% of the population lives 5 meters above sea level and it is one of the poorest island nations in the Caribbean. 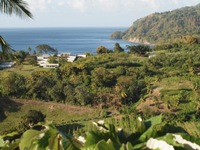 Hurricane Tomas struck the island in 2010 and left two thousand people without homes for several months. Climate change has thus become a major issue and there is a need for individuals to become sensitized to sustainability issues to face the challenges of the future.

The Climate Compliance Conference has during its first year of operation mobilized hundreds of Vincentians to join in on actions to protect the environment, spread awareness about global warming and climate change and this awareness is now being taught in schools.

The Climate Compliance Conference has transformed the Richmond Vale Academy to the country's first climate centre and the Academy aims to produce all its own food and energy within a few years.