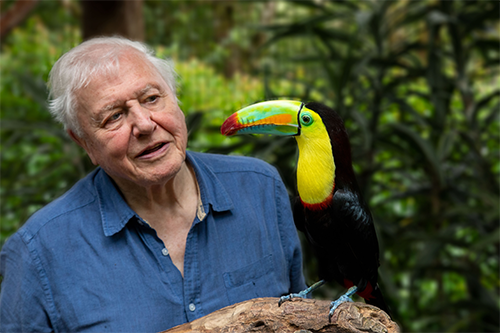 A wildlife series narrated by Sir David Attenborough is beaming research by several University of Bristol academics into living rooms around the world.

Attenborough’s Life in Colour is airing on the BBC and was produced by Bristol-based TV production company Humble Bee Films.

Over the series, Sir David unearths how colour, and how creatures perceive that colour, dictates the undulations of the animal kingdom.

The 94-year-old naturalist said: “The natural world is full of colours, colours that attract attention, that blend beautifully with their background and... create extraordinary displays.

“With new cameras, some developed especially for this series, we can reveal a world hidden from our eyes.”

University researchers helped the series’ wildlife camera operators show how bright orange tigers can go unnoticed to their prey, how fiddler crabs see a property of light completely invisible to humans and how mantis shrimp use colour as an intruder-warning system.

A tiger’s vibrant orange stripes might be glaring obvious to us, but research by University of Bristol's Camo Lab found that it provides the perfect camouflage for their environment.

Deer’s vision is also considerably worse than ours, which means that tigers can easily fade into the background and stalk their next meal.

The researchers show that while tigers may be flame-coloured beacons to us, to deer they are slinking masters of disguise that are virtually invisible – a terrifying prospect.

Dr Laszlo Talas and Dr John Fennell are lead researchers on the project.

Laszlo said: “The colours of nature do not always make sense to us because we are looking at them through human eyes. The colours of animals should be assessed in the context in which they live: their environment, prey, predators and mates.”

John added: “It should be remembered that human vision is highly unusual among mammals. We have extremely sharp eyesight, and our eyes are trichromatic, which means that we have three types of colour receptors in our eyes - most other mammals are dichromats, with only two receptors that do not allow them to differentiate green from red.” 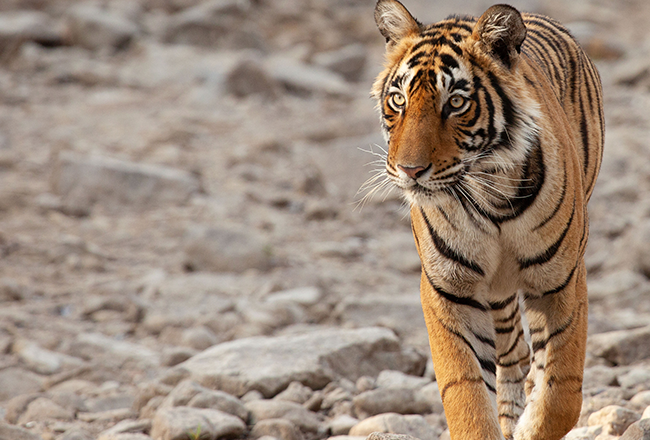 These underwater critters are best known for the male of the species having one huge claw. But fiddler crabs have been hiding a far more exciting secret.

Recent discoveries, including by former Bristol PhD student Sam Smithers and academics Martin How and Nick Roberts, found that fiddler crabs can see a whole property of light that is invisible to humans.

Light can become ‘polarised’ when it reflects off a shiny surface like water. Humble Bee Films collaborated with an international group of scientists, including Sam and Martin, to develop an entirely new camera so we can see the world as fiddler crabs see it, including polarized light.

Sam said: “Working on the series was a childhood dream come true. From the very start the series was incredibly ambitious and set out to show the natural world from a whole new perspective, that of the animals themselves.

“The series is not only a celebration of the beauty and colour of the natural world but is also a small triumph of science and film. It shows how science can, quite literally, change how we see the world." 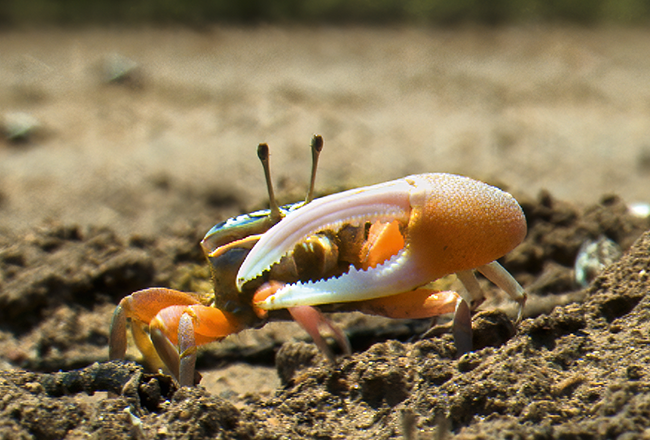 Mantis shrimp are one of the few other animals that can see – and use - the polarisation of light. Amazingly, they can use this light to spot predators and even communicate with each other.

New camera technology allows viewers to see the world through their eyes for the first time.

Until recently we weren’t aware that this world of polarisation-based communication existed and we are only just beginning to understand its significance.

Dr Martin How, who studies mantis shrimp vision, said: “Mantis shrimps have one of the most astonishingly complex visual systems known to science.

“This makes it almost impossible to fully appreciate what the world might look like when seen through their eyes. Our new polarisation cameras help us get a step closer to getting this animal's perspective and it was great to be able to share this with viewers of the series.” 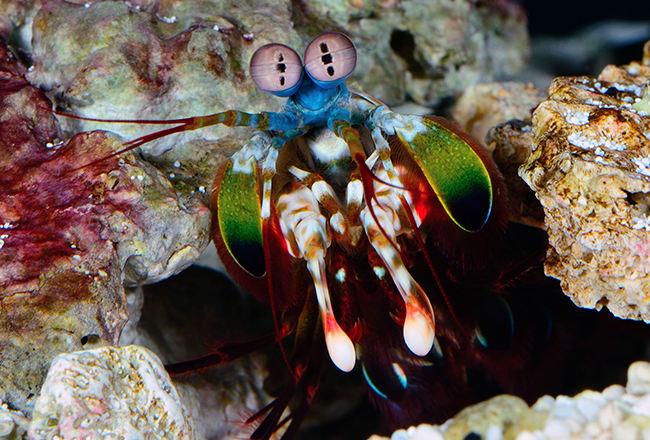 Both Stephen and the Series Producer Sharmila Choudhury studied at the University of Bristol.

Sharmila said: “Using new camera technologies we can see the world as animals see them – sometimes for the first time.

“For a long time scientists have been fascinated by why animals have so many different colours but only recently has modern technology allowed them to discover exactly how animals see and use colour.

“The expertise that the University of Bristol provided really helped us visualise what the world is like for animals.” 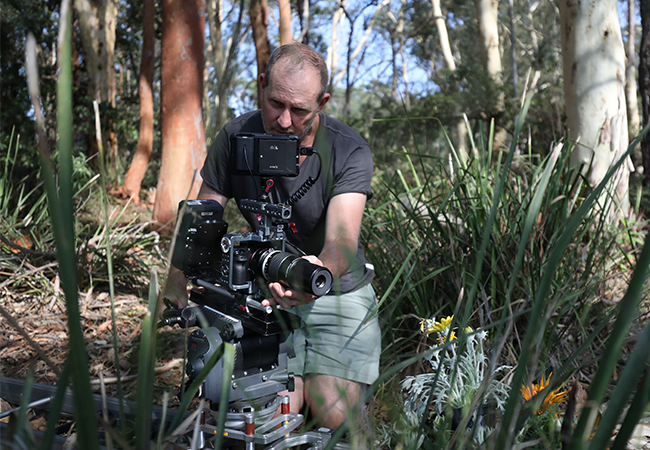 When is it on?

Watch Attenborough's Life in Colour this Sunday at 7pm on BBC One. It is also available on BBC iPlayer.