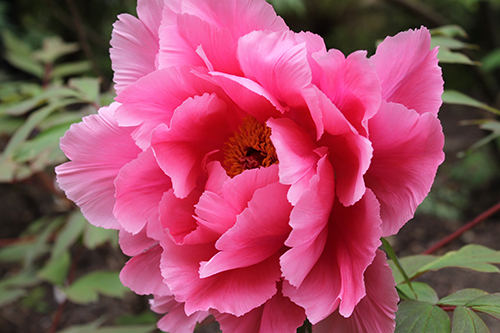 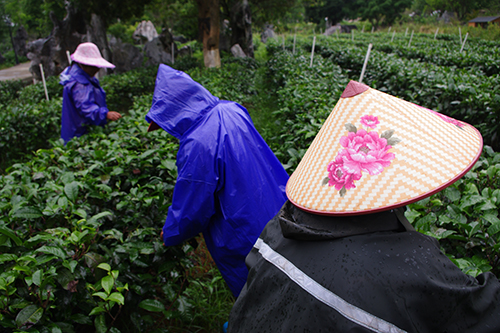 Last year marked the 17th year of the partnership between Bristol and Guangzhou (formerly Canton) in southern China and at a public talk later this month, the curator of the University of Bristol Botanic Garden will talk about his recent trip to China.

The talk by Nick Wray, Curator of the Botanic Garden will take place on Thursday 21 February at 7.30 pm.  Nick will speak about his visit to Guangzhou city and the Yingde Mountains to meet tea growers and see the Yingde Karst stone landscape and its quarries.

Located on the Pearl River about 120 kilometres north west of Hong Kong and 145 kilometres North of Macau, Guangzhou has a history spanning 2,200 years and was a major terminus for the maritime silk road and continues to serve as a major port and transportation hub today as well as being one of China's largest cities.

Nick Wray, talking about the visit, said: "A major aim of the trip was to make a link between the University's Botanic Garden and the South China Botanical Garden. Other objectives included sourcing new lotus Nelumbo nucifera cultivars and different species of tumeric and other members of the ginger family; investigating their medicinal herb collection to identify possible species for Bristol and visiting classical gardens of Guangdong including Qinghui Yu Jin Shan Fang and Liang Yuan gardens as models for the culture gardens at Bristol."

In the lecture Nick will speak about his travels with Tony Harrison, co-ordinator of the Garden's Traditional Chinese Herb Garden and former Vice President of the Register of Chinese Herbal Medicineand some of the people they met. They visited the home of Yingde tea which is famous throughout China. The tea character is Oolong and the most profitable cultivar is called 1959, a blend developed and named in honour of our Queen Elizabeth's state visit to China in that year. This high-profile blend which is sold in China commands a high price of £80 per kilo retail and £40 per kilo wholesale.

The trend in China is for more tea growers to grow in a sustainable way. Pesticide use became mainstream about 20 years ago in a drive to increase food production. In sustainable systems cows are frequently being introduced to tea plantations (they eat weeds, but not the tea as its tastes bitter) and supply extra nutrients. Trees can grow at higher density and a mixture of tree species is cultivated to attract different bird species.

Admission: Lectures are free to Friends of the Botanic Garden on production of their membership card.  Visitors will be asked for a suggested donation of £5.

About Nick Wray
Nick Wray was awarded the RHS Associate of Honour in 2016 for his distinguished service to horticulture in the course of his working life.  The award recognises his work of more than 30 years at the garden and for his role in creating the new Botanic Garden at The Holmes, which was the first new university botanic garden to be moved and redeveloped in the UK for nearly 40 years.

He is responsible for curating the Botanic Garden's plant collections and promoting them as an educational and conservation resource. Nick has many interests in plants particularly the flora of South Africa, where he has spent years studying plants in the wild and leading tours to this biodiverse part of the world.

This work has led him to speak at many conferences and meetings including Leiden’s Hortus Botanicus 425th celebrations, which is the one of the oldest botanical gardens in the world.

About the University of Bristol Botanic Garden
The Botanic Garden has a strong evolutionary theme and cultivates over 5,000 plant species forming four core collections that illustrate plant evolution, plants from Mediterranean climates, useful plants (including Chinese and Western herb gardens) and rare and threatened native plants to the Bristol area.

The Botanic Garden is accessible to wheel-chair users and the brochure will be available in audio and braille.

Normal admission and opening times
The Botanic Garden is open from 10 am until 4.30 pm or dusk in the winter (except during weekends in February and March when opening times change to 10.30 am until 3 pm).

The Garden is open Monday to Friday and closed at weekends from December until the end of January.

From February until the end of November the Garden is open for seven days a week including bank holidays.

Admission is £6.60 (Gift Aid payment)* or £6 (non - Gift Aid payment); free to University staff and retired staff, Friends of the Botanic Garden, students and children under 18.

*The adult gate entry fee of £6.60 includes a 60p voluntary donation which UK taxpayers' can pay, allowing the Botanic Garden to benefit from a 25 per cent refund of tax from the government on each adult ticket.

The garden is accessible for wheelchairs and mobility scooters with a designated path leading around the garden and glasshouses. Disabled toilet facilities are available on site and a wheelchair is available upon request from the Welcome Lodge.

Pre-booked guided tours of the garden for groups of ten upwards are available seven days a week.  Please contact the garden for further information.  There is a charge for the guide of £8 per person.