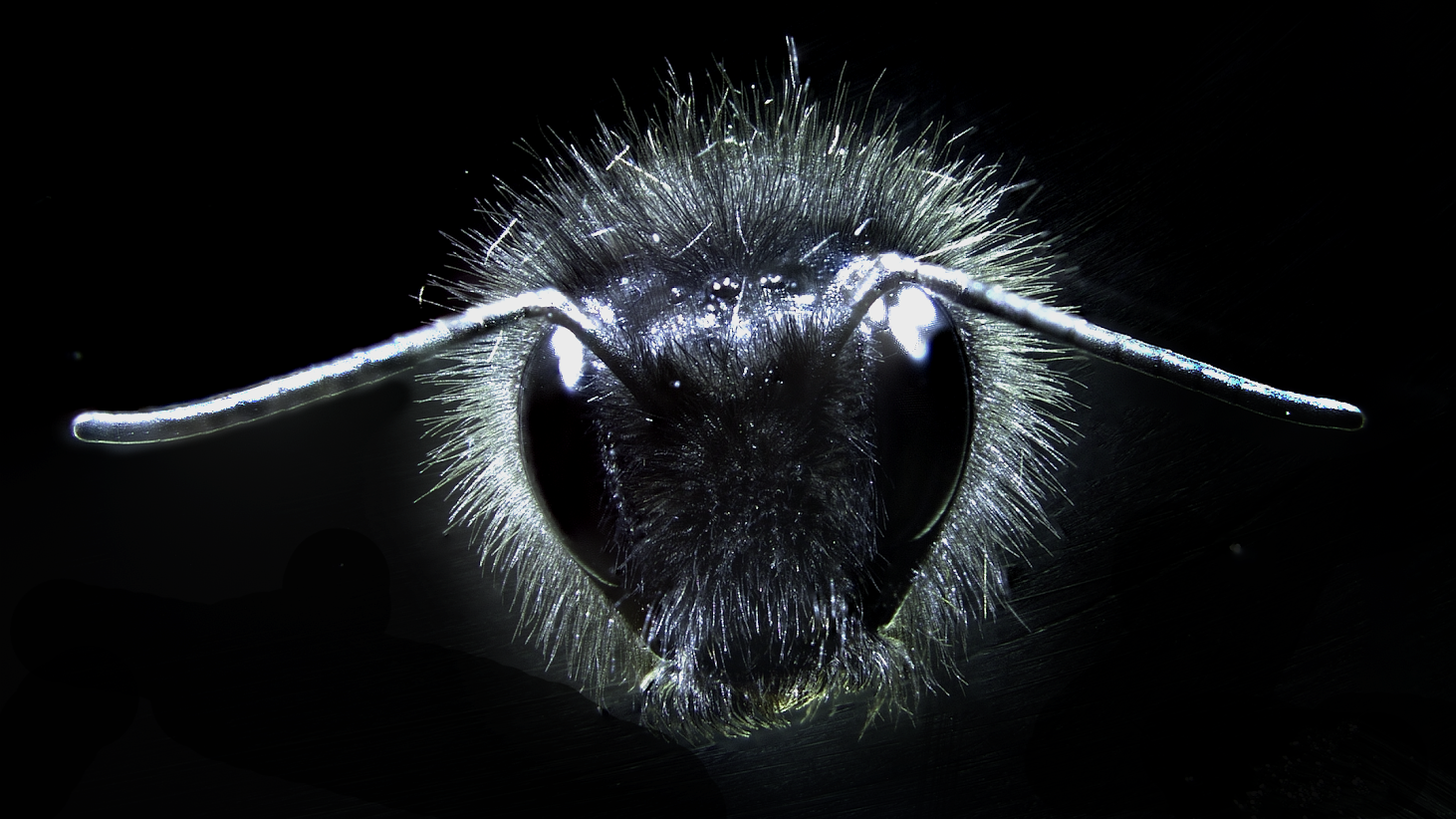 The mystery of how bumblebees detect the electric fields of flowers has been solved.

Just like when you hold a balloon to your hair, bees have tiny hairs that dance in response to electric fields, according to a new study by Gregory Sutton, Dominic Clarke, Erica Morley and Daniel Robert from the University of Bristol.

Flowers show off to bees with a number of different strategies like bright colours and sweet smells. Recent research from Bristol showed flowers generate an electric field that bees use to learn about flowers. But unlike other organisms who detect electric charges through water, bumblebees' sense electric fields through the air, causing scientists to be mystified about how they are detected.

The group tested two hypotheses: that the bumblebee's antenna responds, or could it be these tiny hairs? The group used a laser placed near the head of the bee to detect the tiniest movement of these structures. Both the antenna and hairs waggled in response to an electric field, but it was the hairs who won the dance competition. Following up these experiments they looked at the bees' nervous system, finding that only the hairs alerted the bee's nervous system to this signal. Sutton commented "A

Sutton commented, "A lot of insects have similar body hairs, which leads to the possibility that many members of the insect world may be equally sensitive to small electric fields." So the hunt will continue in other insects to investigate their capability of electroreception.

Scientists are particularly interested in understanding how floral signals are perceived, received and acted upon by bees as they are critical pollinators of our crops. Research into these relationships has revealed the co-evolution of flowers and their pollinators, and importantly has led to the unravelling of this important network which keeps our planet green.